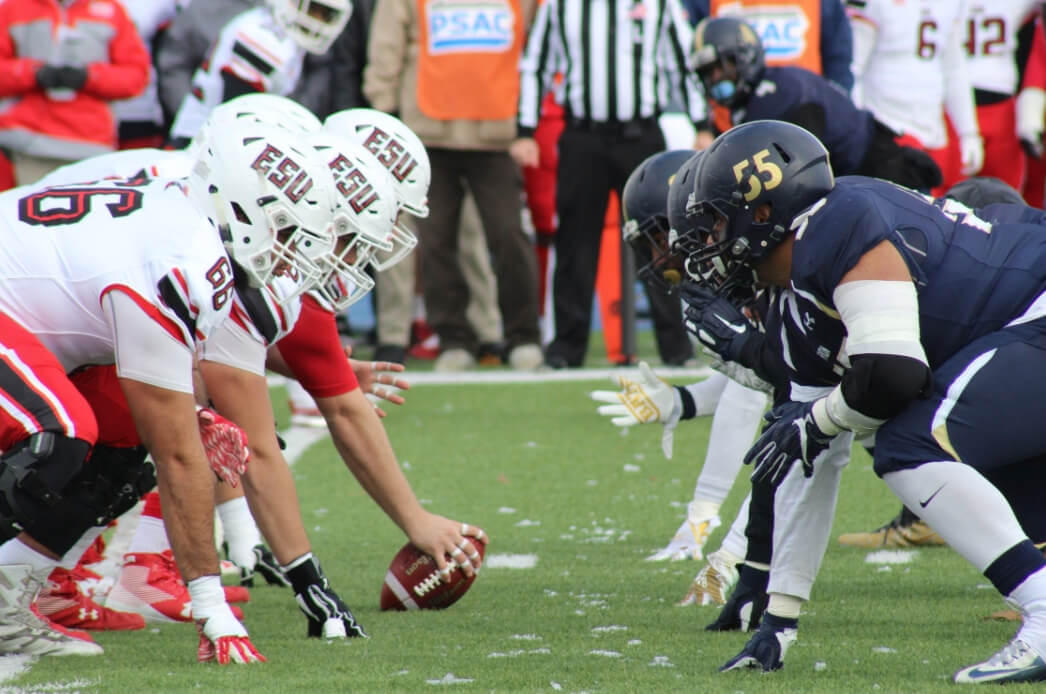 One of the most popular sports in North America is American football. Even though the sport is played all over the world, professional leagues in North America (like the NFL) are the most competitive because they are able to readily entice the top players from around the globe. The pinnacle of the sport comes in the form of the Super Bowl, played annually by millions of people around the world.

The object of the game

The goal of American football is to score more points than your opponents in a set time. To do this, they must move the ball down the field in phases of the game before finally getting the ball into the “end zone” for a touchdown. This can be achieved either by throwing the ball to a teammate or by running with the ball.

Each team has 4 chances (downs) to move the ball forward 10 yards. Once they go 10 yards, their downs reset and start over for another 10 yards. After 4 downs have passed and not covered the required 10 yards, the ball will be handed off to the defensive team.

While each team only has 11 players from each team on the field, an American football team is actually made up of 45 players. Teams are generally divided into three groups: offense (generally a smaller, stronger, faster type of player, including a quarterback who is said to direct offensive plays and throw the ball to his teammates), defense (bigger, stronger players designed to stop players in the run) and special teams players (responsible for kicks and punts in a game with a mix of bigger and faster players).

An American football field is generally about 100 yards long and 60 yards wide. Lines are drawn on the field at 10-yard intervals to show how far each team must go before reaching the end zone. End zones are added at each end of the field and each is roughly 20 yards long. There are also posts at each end for the kicking ball to jump over.

When a player scores a touchdown, his team gets six points. A touchdown can be scored either by carrying the ball into the end zone or by receiving the ball from a pass in the end zone. After scoring a touchdown, the offensive team has the option to kick the ball for an extra point. For a successful kick, the ball must pass between the uprights.

A field goal can be kicked from anywhere on the field at any time (usually on the final down) and a successful kick will result in three points. A safety is where the defensive team successfully tackles the opposing offense in their own end zone; for this the team receives 2 points.

The team with the most points at the end of the game will be considered the winner. If the points are tied, time will enter the game where the teams will play another quarter until a winner is determined.

B1 Visa Requirements | How to Apply for a US Business Visa?

Asia Cup 2022 shifted from Sri Lanka to the UAE