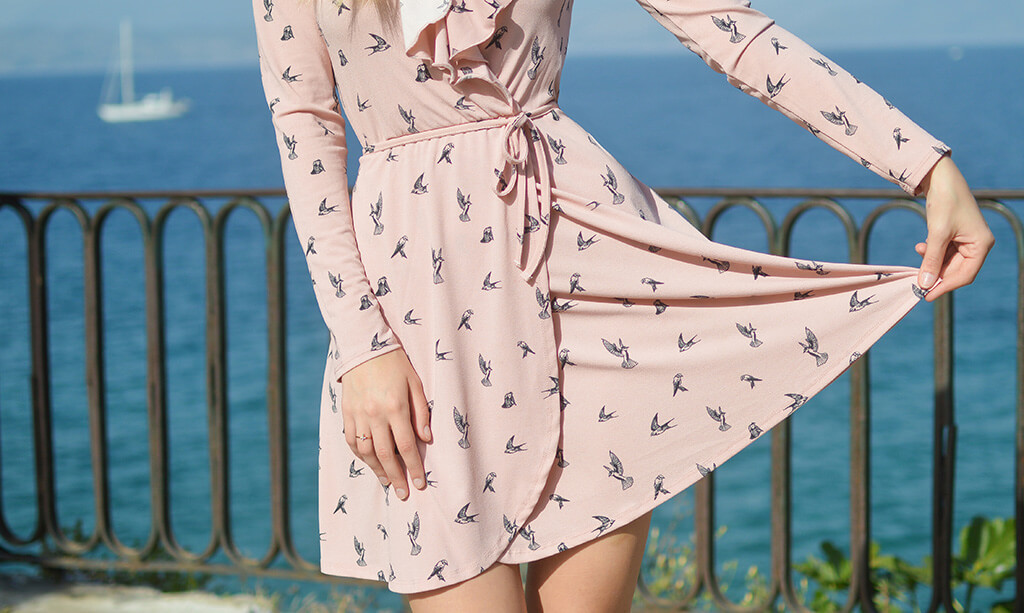 One fashion rule that is often overlooked is dressing modestly. As a college student and young woman in Florida, I get it – Dressing modestly is often labeled as misogynistic, unnecessary, and downright impractical – especially on a hot summer day in the sun. Despite all these reasons for not dressing modestly, I am successful in practice. Read on for three compelling reasons why you should consider the same!

Too often in secular culture, morality is left to the viewer. However, it is important to consider moral and ethical considerations in building a healthy community.

It is simple. What we wear has an impact on others around us, whether we intend to or not. Therefore, we have a moral responsibility to consider what we wear; and choose clothes that take into account the well-being of others and ourselves. Dressing modestly contributes to altruism, a beneficial feature of society.

St. Thomas Aquinas writes about this in his 1948 Summa Theologica when he says: “But those women who neither have a husband nor wish to have one, or who are in a state incompatible with marriage, cannot adorn themselves with this intention of provoking others to lust, he sins mortally… and the same is true of men in this respect””. Here we St. Thomas Aquinas reminds us how wearing clothes with the intention of leading others to promiscuous behavior or attitude towards us does not take into account the good will of others.

Philosophers and theologians like Aquinas are not the only ones who have contributed to this research. In fact, scientific researcher Aswathi found that modest clothing is associated with a decrease in objectification and dehumanization, which is sometimes a prelude to sexual violence. In 2017, Aswathi writes: “Provocative clothing that leads to deviation from normal norms of modesty is close to objectification”, According to other research, it has been found that when wearing underwear or swimwear, a person can be considered a mere body that exists for pleasure . and the use of others (Bartky 1990)… Other studies found that women in swimsuits were more embarrassed and performed worse on a math test than women in sweaters (Fredrickson et al, 1998). As we can see from this research, it is important to consider the context of societal norms when considering clothing, as it can reduce the incidence of sexual violence and affect the well-being of others.

Dressing modestly can improve your performance.

In addition to the moral implications of clothing, dressing modestly also has psychological benefits. First, research suggests that dressing modestly can improve performance. The symbolic meaning of what we wear affects our performance. According to psychologists Adam & Galinsky: “Current research suggests a basic principle of cloaked cognition—both the systemic significance and the physical experience of wearing clothing matters… In Experiment 1, physically wearing a lab coat increased selective attention compared to not wearing one. lab coat. In Experiments 2 and 3, wearing a lab coat described as a doctor’s coat increased sustained attention compared to wearing a lab coat described as a painter’s coat” (Adam & Galinsky, 2012).

In another 2019 study, Zheng & Wu found that modesty was associated with an increase in subjective well-being or happiness and a decrease in depressionThe study concludes: “Modesty, often defined as self-presentational behavior, is highly beneficial for behavioral health regulation, self-efficacy, interpersonal relationships, and group performance…These findings suggest an important role for modesty in promoting good being”.

Together, these studies suggest that modesty could have potential benefits for our well-being and performance.

Dressing modestly also has a number of practical implications. First, modest clothing provides effective sun protection that reduces the chances of getting skin cancer and other sun-related diseases. In fact, in Linos et al, 2011, researchers found that shade and protective clothing were more effective than sunscreen. There are many lightweight fabrics designed for breathability on hot summer days. For colder days, dressing modestly can easily be the antidote to dressing warmer. Wearing heavy, snug layering is key to staying warm during the cold winter months (or days if you live in Florida).

Also, modest dressing makes it easy to move in and facilitate daily activities. According to one anonymous blogger from a 2020 feminist magazine article on the ethics of modest fashion: “Modest clothing is often more comfortable and easier to move around in. Revealing clothing is often tight, which can be uncomfortable and restrictive”. In other words, modest fashion adapts to an active lifestyle.

The next time you think about what to wear for the day, consider choosing modest clothing that will increase your performance and well-being, increase altruism leading to a healthier society, and protect you from the sun while providing comfort and well-being. easy movement for all your daily activities!

How to Make Your Own Shower Filter

LFDY Hoodie (A Bathing Ape) is a Japanese streetwear brand

Tips for Wearing Hoodies in a Professional Setting